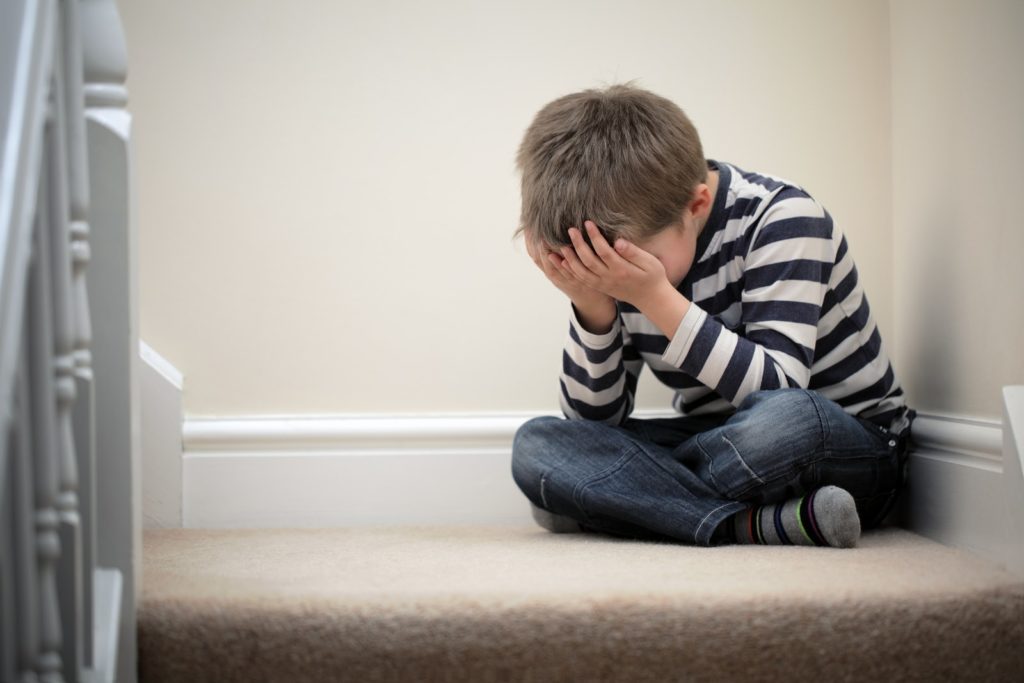 Kids, just like adults, have some good days and bad ones. But childhood depression isn’t the same as ‘blues’; it is much worse. Many adults believe that children don’t get depressed (as they don’t have ‘adult problems’ like a soul-sucking job, broken relationship or household in disarray), but this cannot be any further from the truth.

Children may not have to worry about piles of unpaid bills, but they face various kinds of stress in everyday life. From performance stress to the emotional changes, being a child is not easy.

What is childhood depression?

Childhood depression causes persistent sadness in a child or teenager. By sadness, we don’t mean a bad day. It is the kind of lasting sadness that interferes with their normal activities, academics, interests and hobbies and even family life. In fact, one of every 5 children and teens suffers from depression at any given moment. This can easily give you an idea of how prevalent the problem is.

Be that as may, the good news is that childhood depression can be accurately diagnosed and treated.

As with most disorders, the symptoms vary over children and cannot be bracketed as pervasive by any means. However, the primary symptoms are usually the same and revolve around sadness, mood changes and a feeling of hopelessness.

Here is a general list of symptoms that are usually present in those suffering from childhood depression:

As most of the symptoms above seem trivial to many people (of course, except thoughts of death and suicide), when seen as a standalone issue, the collective outcome of all these is childhood depression.

Worse yet, these symptoms are passed off as normal emotional and psychological changes and are often left undiagnosed and untreated.

Another important point is that not all children express these symptoms and even the expression will vary according to environment and situations. While some children continue to do well with seemingly less impact on their life, others tend to have a drastic change in academics, social life and even in appearance. It can even lead to drug use in adolescence.

According to the Diagnostic and Statistical Manual, for a child to be diagnosed with depression, the symptoms must last for at least 2 weeks. Also, make sure there are no physical reasons behind them. To confirm any of these, you must schedule a visit with a registered health practitioner.

To diagnose the condition, the doctor will conduct a mental health evaluation which would include interviews and psychological testing. While there are no specific medical or psychological tests for depression, questionnaires can make a breakthrough. Also, additional information from friends, classmates and teachers can be helpful for marking the changes in the current behaviour from the previous one.

To be honest, the causes of childhood depression are unknown. However, it has been observed that depression often has social, psychological, environmental, and biological underpinnings. While it can affect anyone, the following conditions and factors make children predisposed to developing depression. However, the point to note is that predisposition doesn’t point to a certainty, it only implies a greater likelihood.

The treatment options for kids are similar to those of adults with depression, namely, psychotherapy and medication. While psychotherapy is done in the form of counselling, the medicines used are usually anti-depressants. Also, the environment given to the child during the course of treatment is important too.

Initially, Cognitive Behavioural Therapy, or CBT, a psychotherapy is employed. It has shown quite good results in the treatment of mild to moderate depression. However, it is usually used to assist teenager while for most children under 9, psychodynamic psychotherapy and play therapy can be employed.

If this fails or the depression is severe, a few medicines are introduced to the treatment course. It has been observed that Prozac can help treat childhood depression. It is also officially recognized by the FDA for treatment of children between 8 and 18.

Another course of action, or medicine to be exact, is a class of SSRIs – Selective Serotonin Re-Uptake Inhibitors are used along with CBT. These anti-depressants come with a black box warning and can initially be a bit dangerous to the child, for they increase suicidal thoughts and behaviours. But, this is majorly seen in only the early phase of the treatment.

Depression is treatable. But before understanding the causes and treatment, it is very important to understand the symptoms of childhood depression and how it differs from adulthood depression. The best studies conclude that psychotherapy and medication are most effective in treating depression when used in combination.